How to improve my Spanish speaking skills?

How to improve my Spanish speaking skills?

Spanish, Español, is a Romance language (Indo-European family) written in the Latin script

with approximately 543 million speakers, 471 of whom speak it as a first language, while the remainder speaks it as their second, besides those who speak Spanish as a foreign language. The language is known today as Spanish is derived from a dialect of spoken Latin, which was brought to the Iberian Peninsula by the Romans during the Second Punic War, beginning in 218 BC, and that evolved in central parts of the Iberian Peninsula after the fall of the Western Roman Empire in the fifth century. Spanish was brought to colonies under the Spanish colonial empire, most notably to the Americas, and today it stands tall as an official language of 20 countries, as well as an official language of numerous international organizations, including the United Nations!

The best way a learner could learn to speak a language is through the conversation method itself.

You could engage in conversations with a native Spanish speaker in and around your neighbourhood; by volunteering for Spanish community service; going shopping in Spanish grocery stores – where you’d be forced to read the Spanish labels off the items and speak to the other Spanish customers and outlet staff, if you’re lucky, you may be able to find a conversation partner right in the shop!

If none of these options is available to you then I suggest you look for conversation partners online. You could look for a native Spanish speaker through sites such as Hello talk Tandem, conversationpartners, languagepartners  and italki.

The entire idea is to basically create an environment of immersion, by surrounding yourself with Spanish speakers.

Listen to as many relevant audio resources; you find online, so as to be able to improve your listening skills. Watch Spanish movies with English subtitles and English movies with Spanish subtitles, try the shadowing technique where learners repeat the dialogues of the Spanish speakers, so as to learn the Spanish accent, get introduced to the pitch and tone of the Spanish language, all in order and at the same time. This would also help you train your ears, to the Spanish language which you will be able to identify from when many languages are being spoken together.

Learn through as many audiobooks, you can get hold of. Listen to the audio clips multiple times to be able to make sense of what you are receiving, intuitively following it with a reading of the transcript and then listening to the audio again to be able to assess and correct your listening.

Remember we cannot speak what we cannot listen to properly! Therefore only when your listening is strong, would you be able to speak the language. Use a lot of online resources and tools such as Memrise, Anki, Spanish podcast online, news and many more that will help you catapult yourself from being a slow learner to a fast learner. 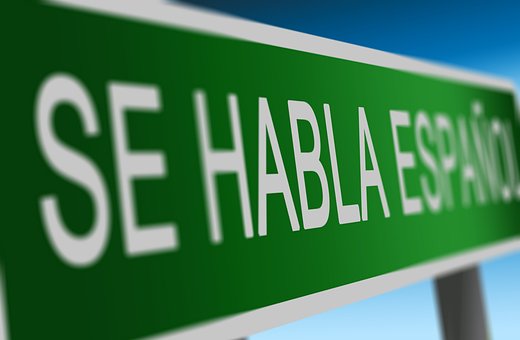