How to learn Sanskrit well at the shortest time?

How to learn Sanskrit well in the shortest time possible?

Sanskrit is the liturgical language of Hinduism, so sacred that lower castes (more than 75% of modern Hindus) weren’t even allowed to listen to it being recited.

The earliest form of Sanskrit is that used in the Rig Veda (called Old Indic or Rigvedic Sanskrit). Amazingly, Rigvedic Sanskrit was first recorded in inscriptions found not on the plains of India but in what is now northern Syria. Between 1500 and 1350 BC, a dynasty called the Mitanni ruled over the upper Euphrates-Tigris basin, land that corresponds to what are now the countries of Syria, Iraq, and Turkey. The Mitannis spoke a language called Hurrian, unrelated to Sanskrit. However, each and every Mitanni king had a Sanskrit name and so did many of the local elites. Names include Purusa (meaning “man”), Tusratta (“having an attacking chariot”), Suvardata (“given by the heavens”), Indrota (“helped by Indra”) and Subandhu, a name that exists till today in India. You can see for yourself that Sanskrit wasn’t a language confined to India alone it was rather spread in a huge area spoken by many at a point in time. In India, according to the 2001 census, there are approximately 14,135 Sanskrit speakers. 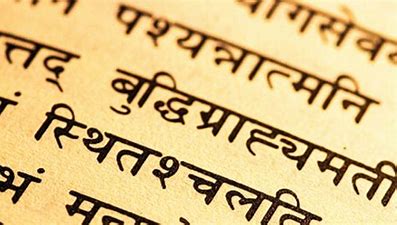 Let's now see how we can learn Sanskrit well in a short time.

First of all, Sanskrit is not a hard language, at least compared to other foreign languages. Learning Sanskrit is easy and beautiful, you just need a good teacher and a constant practice of Sanskrit, with that it will take you only a year to learn Sanskrit decently. With precise and solid grammar rules, the Sanskrit language is comparatively quite easy to learn. All you need is devotion and commitment towards the language and in no time you’ll be able to understand and speak the Sanskrit language. The duration depends on the purpose of learning the language. If you want to learn Sanskrit to understand the ancient scriptures and texts, then it will take around 6 months to 1 or maybe 2 years. Whereas, if you want to learn spoken Sanskrit then it will take you around 3-4 months. Learning any language usually requires a time period of at least a month. However, if you wish to learn Sanskrit quickly then you’ll have to develop a habit of practicing the Sanskrit language daily giving at least 2-3 hours.

What we can do is first learn the basics from Sanskrit Bharati or Bhartiya Vidya Bhavan and start speaking the basic language. Sanskrit is a serious language, complex and very well constructed as it is named. It cannot be learnt without knowing the rules of grammar. After which start taking professional classes in Sanskrit. Learn the rules of grammar, Ashtadhyayi and go on to learn shlokas from Amara Kosha. Without that, no matter how much you dedicate yourself in the language, you will have to rely on translations of epics, Puranas, Vedas etc. If you know the grammar, you can literally read Puranas like you read story books. It becomes fascinating and the enjoyment level is infinite. The only option for Sanskrit is hard work, dedication and a learned Guru.

I recommend you get a card that is printed with the script organized in traditional form – vowels, 5×5 grid of the consonant groups, then the semivowels and sibilants. Keep this card with you all the time while reading.

Get another card printed with common ligatures for conjunct consonants.

Get a kindergarten text, start with simple words. Use this to understand both the letter *and* the sound. Do not merely attempt to map the sound to an English sound, these are often not the same. Once you’ve mastered small words, move to bigger and bigger words, you’ll begin to understand how consonant+vowel and consonant+consonant combinations work. Use your cards as a reference, to recognize the alphabets. As you use it a lot, the pattern in the cards will settle into your mind, and you will not need it as much.

Getting a hang of sounds

Familiarize yourself with the system of writing. Not just with the letter shapes but with the way the alphabet is used. There are multiple different ways. Some are based on syllables, some are based on consonants and vowels, some only write consonants and long vowels, others write vowels on top of the consonants, some connect their letters, some stack them in blocks, others do it differently again. With some, you need to memorize a lot of extra rules, while others can be straightforward. Learn the order of how they are written and read.

Learn the sounds these characters represent.

To memorize the characters, I recommend to know how the corresponding phonemes sound, e.g. associate ค not with an abstract “kh”, but with a concrete sound, like the first sound in the word “cat”. Or better, both! Getting familiar with the pronunciation helps.

Use mnemonics to memorize letter shapes. If you find it hard to memorize the letters’ shapes, use mnemonic methods, like associating letters with familiar objects that you can also associate with sounds. E.g., “რ is r, because it looks like a radio”; “架 means shelf, because it’s made of wood (木), is square-shaped (口) and needs to be strong (力), and it’s pronounced similar to 加”; “ง is ng, because it looks a bit like the IPA character ŋ”, and so on… the crazier, the better.

Learn a few letters a time

Learn the letters or symbols a few a time rather than all in one go. 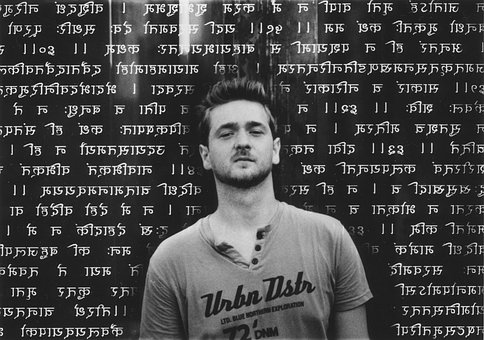 Careful with misleading similar alphabets in another language

Do not mistake an alphabet that resembles two languages to have the same pronunciation. For example, in Russian the following letters look like English letters but are pronounced differently: B = [v], H = [n], C = [s] and P = [r]. So now you should have no difficulty deciphering the Russian word PECTOPAH – it means restaurant and can be transliterated as RESTORAN. The same goes for Sanskrit and some other languages!

Try to associate the shapes of letters with familiar objects: some letters may look like letters or numerals in your native language, others may remind you of animals, objects or people. A good idea would be to get hold of  books that teach children how to use these techniques

Practice writing the letters as often as possible. Learning the standard way to form the letters: i.e. the shape, direction and order of strokes, will help you to memorise them. If possible, take a calligraphy class, to improve your handwriting and to read other people’s handwriting. Use the alphabet to write familiar words. Names of people, places, languages, or even whole words in your native language. Feel free to use the alphabet as a code for your native language.

Practice reading texts written in the new alphabet as often as possible to initiate instant recognition of the alphabets. Even if you don’t know all the letters or symbols, you will be able to make some sense out of the whole thing. Don’t underestimate your powerful apophenic brain! You may also have trouble reading initially – and may find yourself reading each alphabet in a word slowly, (you’re not just reading but also recognizing each alphabet) to speak the entire word. But this would improve with time when you can actually just run past those and speak the complete word. We all have learnt our native tongue when we were very young, in the very same manner!

Label things around your home or office in the new alphabet with translations in your own language. This will increase your exposure to the new alphabet and help you to recognise key words and phrases.

Try reading aloud whatever material you get hold of. There are online newspapers and articles.This will reinforce your alphabet learning via recognition.

Playing a game with the conversation partner

If you know of a native speaker who is willing to help, ask him or her to read things aloud, to converse with you and you can write the alphabets to check with him and ensure you heard them right! Then you try to do the same and ask your friend to correct your mistakes. 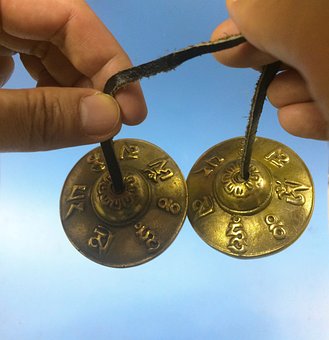 Every person is a different type of learner. Some can learn new scripts very quickly, some others need graphical help, or just practice, or need funny mnemonics. Try them out, and you will find your way. Use the following to help you better!

Wicktionary is your best resource

and 12 Terrific ways to practice Sanskrit Listening Skills to help you further!