Is it easy to learn Arabic if you know English?

Is it easy to learn Arabic if you know English?

Arabic has influenced many other languages around the globe throughout its history. Some of the most influenced languages are Persian, Turkish, Hindustani (Hindi and Urdu), Kashmiri, Kurdish, Bosnian, Kazakh, Bengali, Malay (Indonesian and Malaysian), Maldivian, Pashto, Punjabi, Albanian, Armenian, Azerbaijani, Sicilian, Arabic, Greek, Bulgarian, Tagalog, Sindhi, Odia and Hausa and some languages in parts of Africa. Conversely, Arabic has borrowed words from other languages, including Hebrew, Greek, Aramaic, and Persian in medieval times and languages such as English and French in modern times. All varieties of Arabic combined are spoken by perhaps as many as 422 million speakers (native and non-native) in the Arab world, making it the fifth most spoken language in the world. It first emerged in the 1st to 4th centuries CE. It is now the lingua franca of the Arab world. It is named after the Arabs, a term initially used to describe peoples living in the Arabian Peninsula bounded by eastern Egypt in the west, Mesopotamia in the east, and the Anti-Lebanon mountains and Northern Syria in the north, as perceived by ancient Greek geographers. It is a Semitic language, like Hebrew and Aramaic. 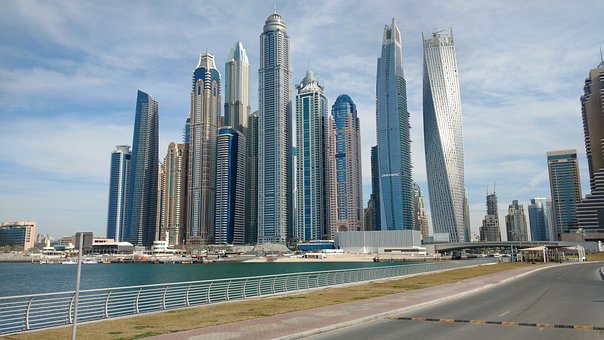 On the contrary, Arabic, اَلْعَرَبِيَّةُ, al-ʿarabiyyah, is a Semitic language that first emerged in the 1st to 4th centuries CE. It is now the lingua franca of the Arab world. It is named after the Arabs, a term initially used to describe peoples living in the area bounded by Mesopotamia in the east and the Anti-Lebanon mountains in the west, in northwestern Arabia and in the Sinai Peninsula.

So while both languages have quite a few similarities such as loan words taken from other languages and each other, sharing multiple cognates, different dialects, ancient scripts restricted in use for religious text reading only, using an alphabet in the language to write that can help learners phonetically convert the sound of each letter between the languages to translate, strong languages base with consonant + vowel format, horizontal writing, use of genders, etc; English can barely lend a hand when learning Arabic; simply because they are virtually two different languages from two different language families and have many more grave differences between them that make them unintelligible than simplistic similarities. Remember similarities do not guarantee that the language can be learnt easily until it falls in the same language category. And English and Arabic are some 4 levels away from each other!

FSI classifies Arabic to be a part of its Category V languages that are classified as the toughest languages for an English speaker to master until CEFR B2 level. Additionally, learning Arabic requires that an English speaker, invest 88 guided weeks or 2200 guided hours and an equal number of hours more with self-practice! So I really see no way how English is any value add to learn Arabic!

Arabic is the liturgical language of 1.8 billion Muslims, and Arabic is one of six official languages of the United Nations. Around 292 million people speak Arabic as their first language. Many more people can also understand it as a second language. The Arabic language has its own alphabet written from right to left, like Hebrew. Since it is so widely spoken throughout the world, the language is one of the six official languages of the United Nations, the others being English, French, Arabic, Russian and Chinese.