Where can I learn Arabic langauge in Bangalore?

Where can I learn the Arabic language in Bangalore?

All varieties of Arabic combined are spoken by perhaps as many as 422 million speakers (native and non-native) in the Arab world, making it the fifth most spoken language in the world. Arabic is the liturgical language of 1.8 billion Muslims, and Arabic is one of six official languages of the United Nations. It is a Semitic language that first emerged in the 1st to 4th centuries CE. It is now the lingua franca of the Arab world. The ISO assigns language codes to thirty varieties of Arabic, including its standard form, Modern Standard Arabic, also referred to as Literary Arabic, which is modernized Classical Arabic. This distinction exists primarily among Western linguists; Arabic speakers themselves generally do not distinguish between Modern Standard Arabic and Classical Arabic, but rather refer to both as al-ʿarabiyyatu l-fuṣḥā or simply al-fuṣḥā. The language is named after the Arabs, a term initially used to describe people living in the Arabian Peninsula bounded by eastern Egypt in the west, Mesopotamia in the east, and the Anti-Lebanon mountains and Northern Syria in the north, as perceived by ancient Greek geographers. Modern Standard Arabic is an official language of 26 states and 1 disputed territory, the third most after English and French. Arabic, in its standard form, is the official language of 26 states, as well as the liturgical language of the religion of Islam, since the Quran and Hadith were written in Arabic. Arabic is widely taught in schools and universities and is used to varying degrees in workplaces, government and the media. 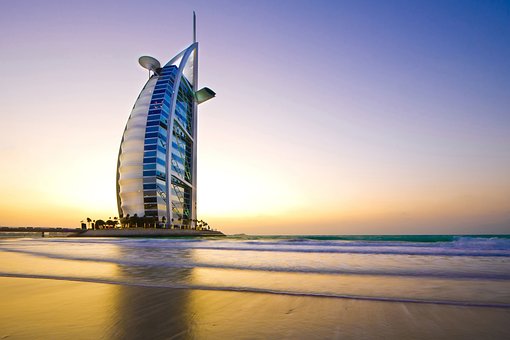 IMO the best place to learn any language in Bangalore and online from anywhere in the world is Multibhashi; to achieve pocket-friendly, customisable, flexible learning that teaches you in a manner that lasts with you!

I recommend you browse through Multibhashi. Multibhashi is a Technology platform that imparts impactful content designed by its empanelled Linguist experts across major Indian languages imparted via Cloud LMS, Cloud telephony, Streaming Video, Realtime Chat, Experiential Learning, Gamification & Interactive evaluation leading to Adaptive Learning by the user. In November 2020, HolonIQ – an authority when it comes to performing and buddying EdTechs, announced its first annual India and South Asia EdTech 100 — a list of the 100 most promising education technology startups across the region from approximately 3000 EdTech teams based in Afghanistan, Bangladesh, Bhutan, India, Maldives, Nepal, Pakistan, and Sri Lanka. And Multibhashi bagged a position in the top 100 Edtech companies in Asia and ONLY ONE FROM INDIA in the Language learning category to be part of HOLONIQ. Multibhashi offers pocket-friendly courses via customized online learning, that’s flexible and allows you to take classes at the convenience of your home, with qualified trainers that are certified Level B2 and above, with diverse experience, having helped thousands of learners who help you improve in the subject by consistently monitoring your progress through pre-assessment, mid-assessment and post-assessment.

We use an approach that will help you grasp the language quickly and be able to use it in your day-to-day situations in just a few days after you start taking the sessions. At the end of the course, we will provide you with a checklist and you can evaluate yourself on all the parameters and see where you stand. We will also provide you a course completion certificate.

You will also receive a Course Completion Certification.

Throughout its history, Arabic has inspired many other languages around the world. Persian, Turkish, Hindustani (Hindi and Urdu), Kashmiri, Kurdish, Bosnian, Kazakh, Bengali, Malay (Indonesian and Malaysian), Maldivian, Pashto, Punjabi, Albanian, Armenian, Azerbaijani, Sicilian, Spanish, Greek, Bulgarian, Tagalog, Sindhi, Odia, and Hausa, as well as several African languages, are among the most affected. In contrast, Arabic has borrowed vocabulary from other languages, including Hebrew, Greek, Aramaic, and Persian in mediaeval times, and English and French in modern times.