How to get a French language certification?

How to get a French language certification?

The French language is a Romance language of the Indo-European family. It descended from the Vulgar Latin of the Roman Empire, as did all Romance languages. French evolved from Gallo-Romance, the Latin spoken in Gaul, and more specifically in Northern Gaul. Its closest relatives are the other languages d’oïl—languages historically spoken in northern France and in southern Belgium, which French (Francien) largely supplanted. French was also influenced by native Celtic languages of Northern Roman Gaul like Gallia Belgica and by the Frankish language of the post-Roman Frankish invaders. Today, owing to France’s past overseas expansion, there are numerous French-based creole languages, most notably Haitian Creole. A French-speaking person or nation may be referred to as Francophone in both English and French.

So what are my options? How do I get a French certification?

As per the CEFR (Common European Framework of Reference for Languages), the different levels in French language certification is as below:

These certification programs are valid for a lifetime and have many advantages. Having a certification in DALF, it is possible for a candidate to get direct admission in any French university without having to appear for an entrance test. This also makes it easy to get jobs.

How to get a Certification?

After learning French from any recognized institute you can get your certification.

There are many French certifications – but which one do you want?

There are internationally recognised DELF / DALF. Ideally, you can study for DELF exams from Alliance Française. Price per level is around 20000 Rs to 25000 Rs. Plus you have to pay around 2500 to 3500 for lowers like A1 and A2.

You can also take a certificate course from several public universities in India. Price may be in the range of Rs. 5000 to Rs 20000 per year depending on the university.

Some Universities who Provide Certificates.

If you want to pursue Foreign language courses in Jamia, then CELAS is good option. The Centre for European and Latin American Studies covers a wide range of areas like culture, society, history, and literary and cultural studies of France and other French-speaking countries.

IGNOU, through SOFL, offers a certificate and Ph.D. in the French language through distance learning. The Certificate in French (CPL) program aims to introduce French to beginners. Whereas, Ph.D. in French endeavours at specialization in French & Francophone literature and cultures. Particular emphasis has been placed on studies of linguistic aspects and evolving didactics for the ODL mode of teaching foreign languages at IGNOU.

JNU is the first University in the country to create a Centre of French and Francophone Studies. At the Master’s level, students can specialize in French & Francophone literature or Translation & Interpretation. All JNU foreign language courses offer a multidisciplinary curriculum focusing on history, literature, language, and culture. JNU offers BA, MA, M.Phil., and Ph.D. in French through entrance test. 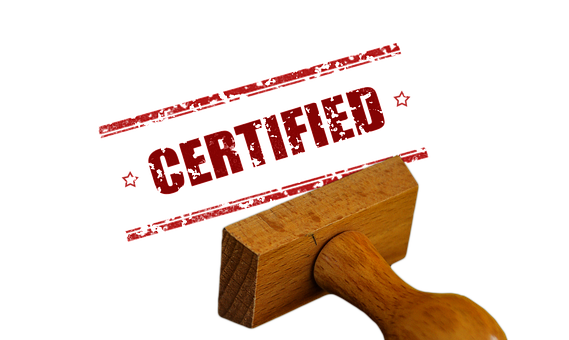 Above mentioned some universities which provide certification in the french language.

Also, many of the learners do not want to take admission in universities so I’ll have a better option for them. You can join online language learning classes, which are available on the internet. I recommend you to join Multibhashi for French learning. They begin from basics to an intermediate and then advanced level working your way to proficiency in spoken French.

After learning online you can give proficiency tests in the French Languages such as DILF, DELF, and DALF. And get your certification